This chair was not my easiest DIY. Only because there was no tutorial anywhere to follow which means there was A LOT of trial and error which is always hard. I did this chair after Mallory and I were selected to compete in the Creating with the Stars 2014 contest. We were very excited but nervous. The very first round was knock-off and with the help and guidance from our amazing star, Mandi from Vintage Revivals.  We were so excited that we were able to work with Mandi. She has always been one of our favorite bloggers out there and we were totally star struck the first time we even talked to her. Anyways, after searching everywhere on the web we decided that we would knock off THIS chair that was from Urban Outfitters. Macramé is big right now, and I was totally up for the challenge to create this DIY Hanging Macramé Chair . To start the chair I used this chair from Target. I spray painted it white and I had to cut off the legs. I thought they would unscrew but I was wrong so using a little saw I cut off the tabs which removed the hoop part of the chair legs. 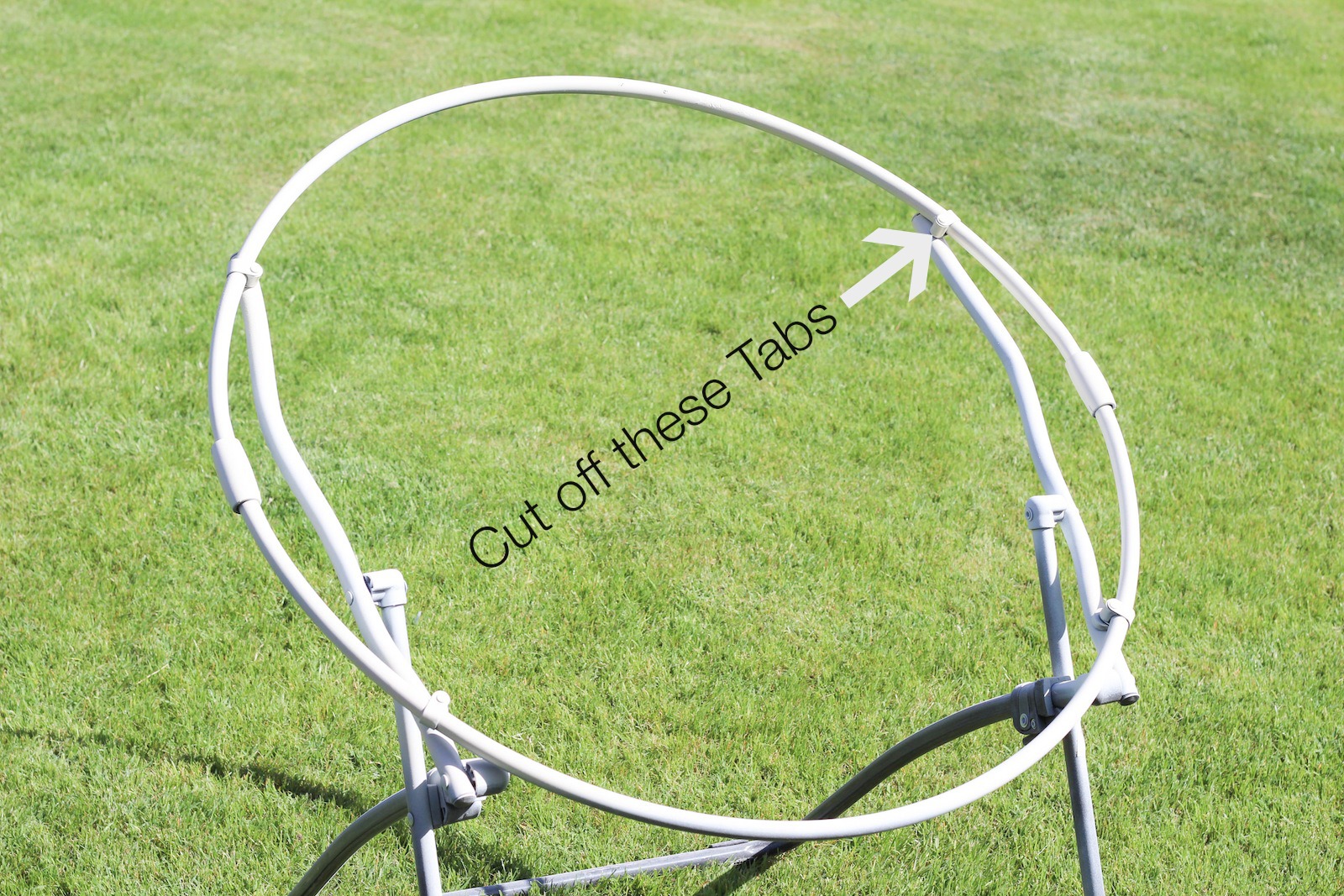 The clothesline I used for the project was from the Home Depot and I used over 8 packages of this rope. I believe I used 8-9,  200 feet packages plus another 100 feet package. That amount including the rope that I used to hang the chair which is braided as well. This is a large chair and it used a lot of rope. The biggest thing I would say is make sure you have enough rope and that the rope is long enough.  I started out by cutting 60, 10 feet pieces of rope, that was not enough. I lost count after a while but I believe I ended up using around 120, 10 feet pieces of rope for just the walls of chair. But before you just cut away, use plain tape and put it around the rope and cut on the tape that way you don’t have the rope unravel. 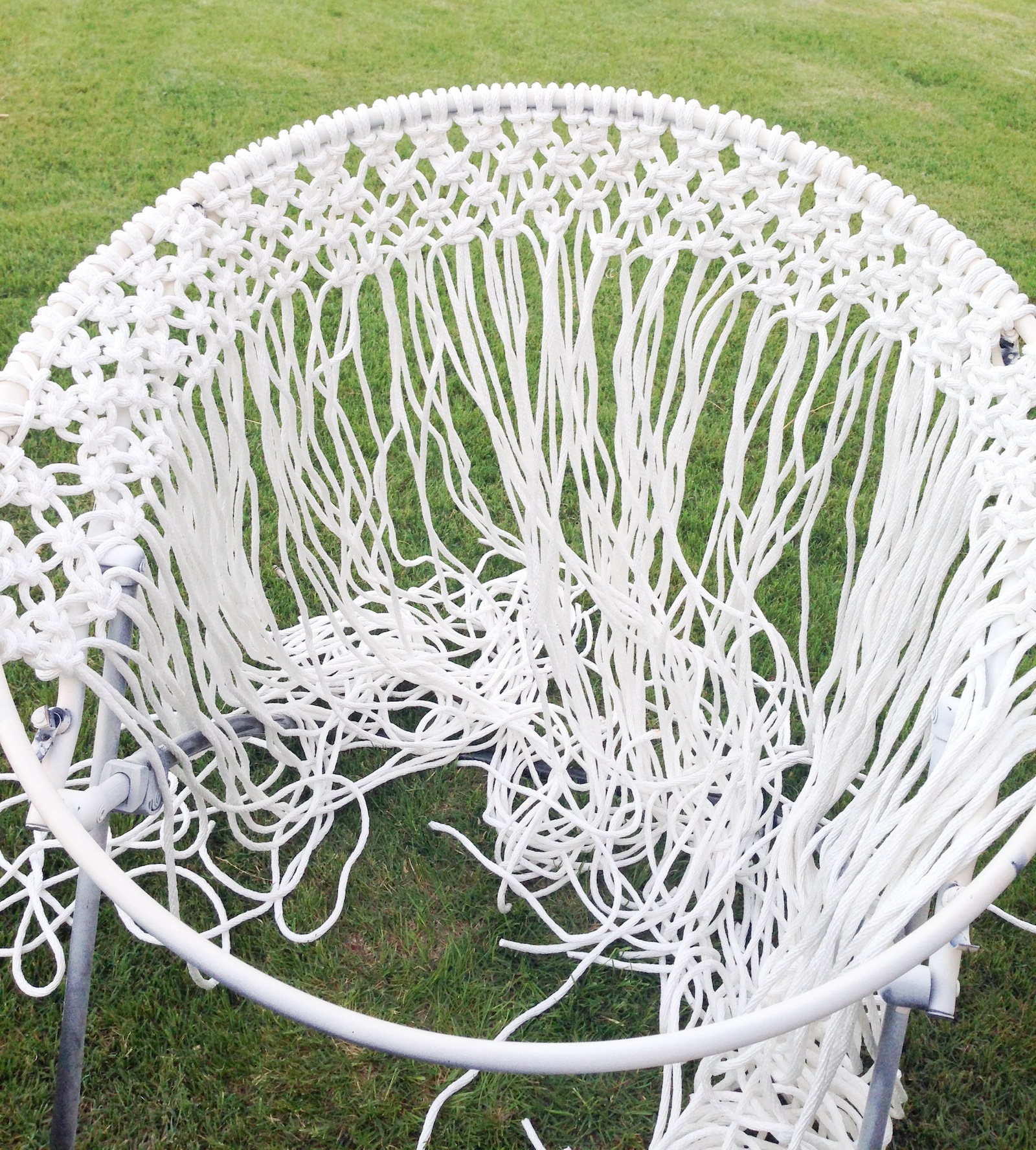 I started with doing a Basic Square Knot around the hoop. I then did Alternating Square Knots around the whole chair. I started on the left and I worked my way around.

At this point I was feeling very excited and hopeful that I was going to be able to pull this chair off. After quite a few hours, I started to get closer to the seat part of the chair and this is were my first bit of trial and error happened. This failed because I just kept on making my way down to the seat using that same knot. 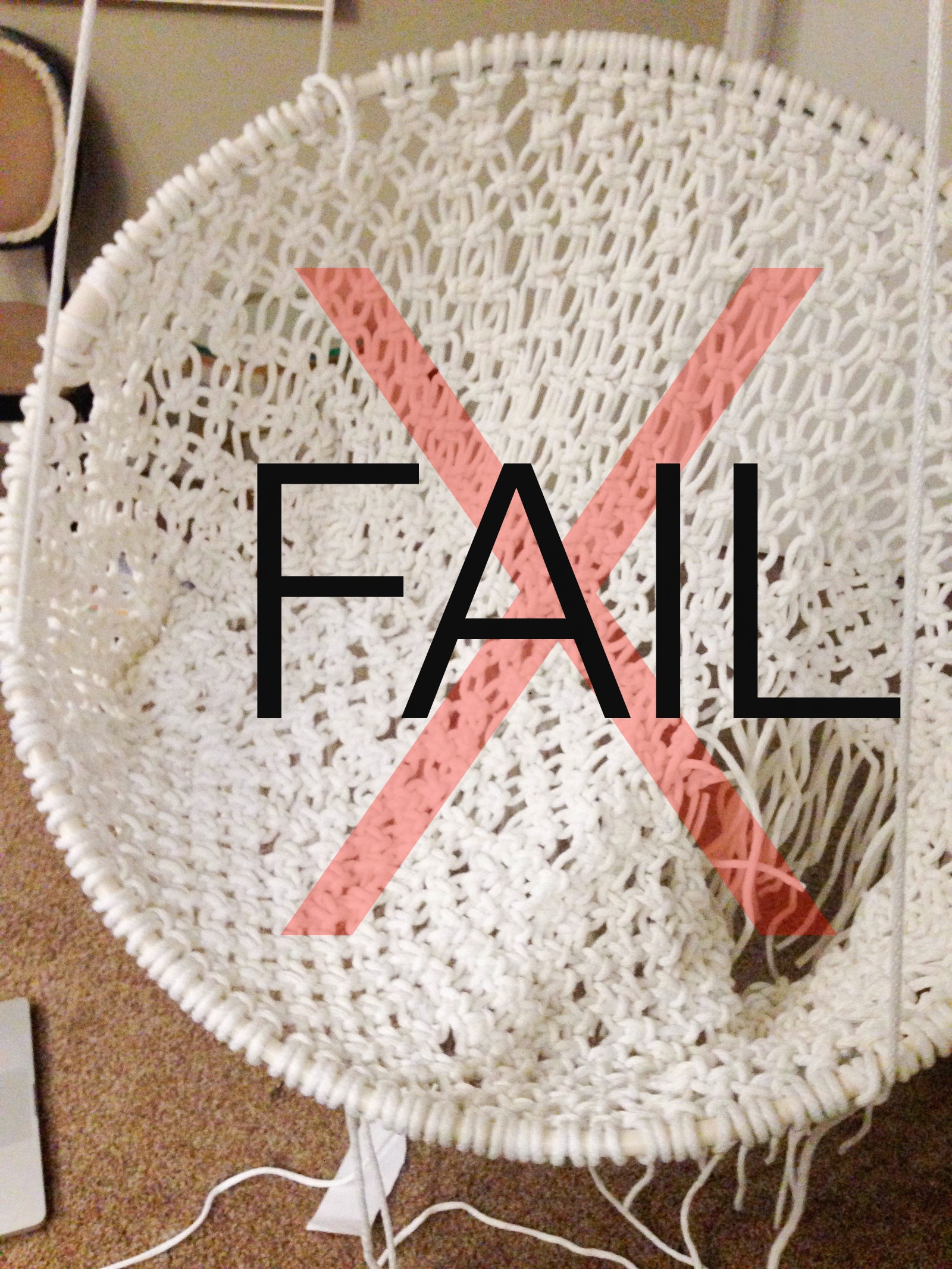 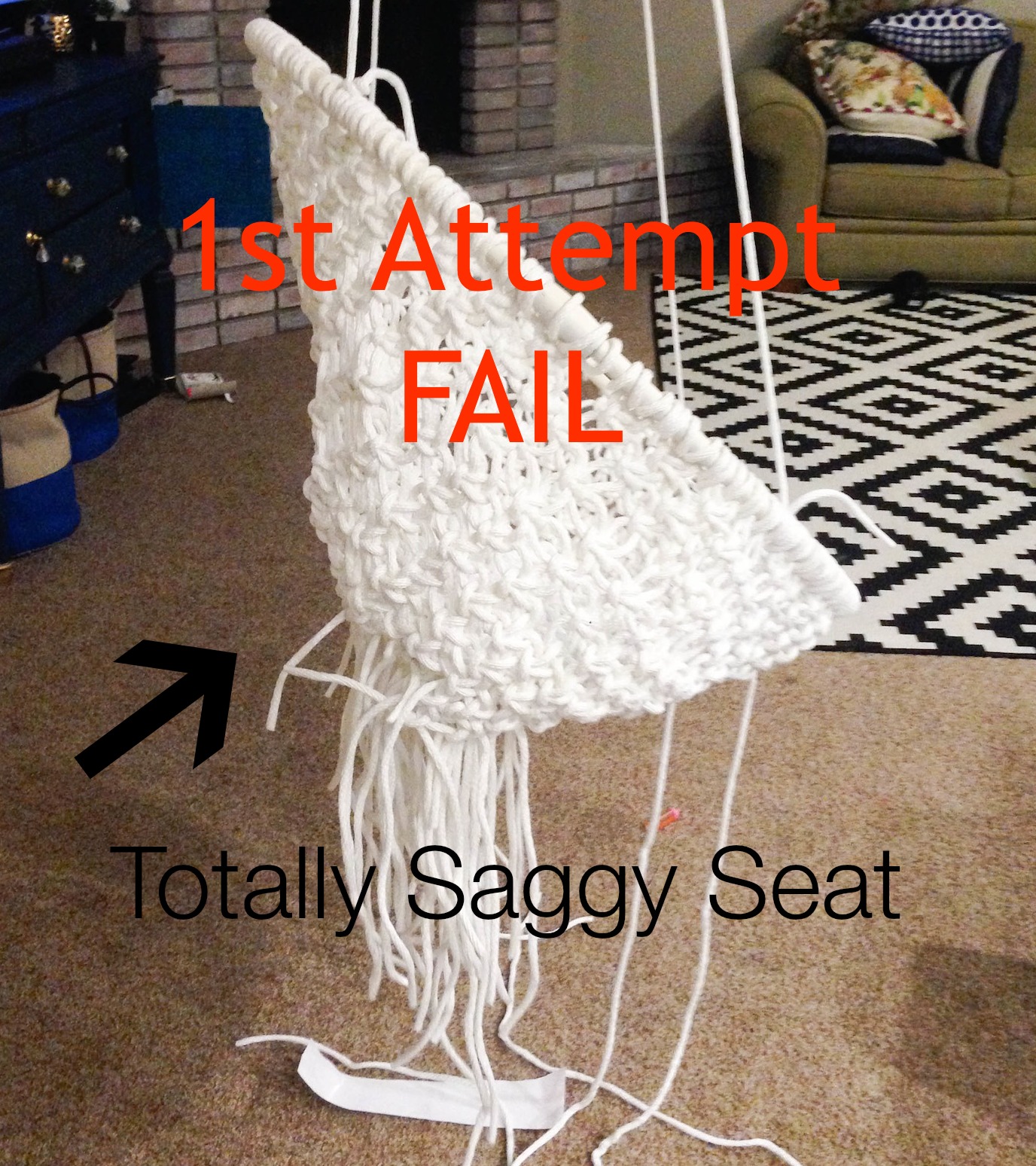 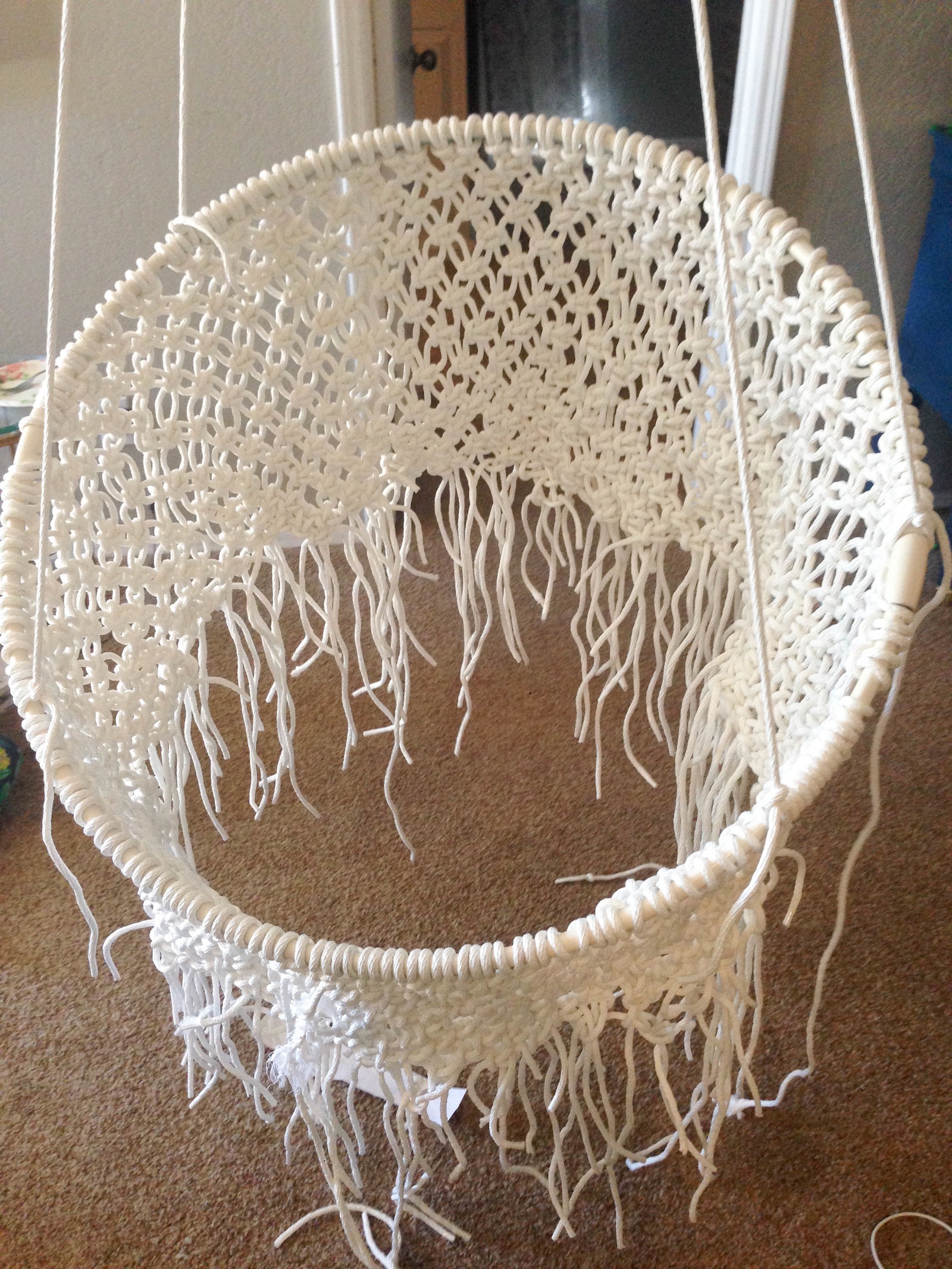 So I had to take that apart and I was left with the picture above.

After thinking about it for a while I figured out I needed a second hoop but I also needed it to be a bit lighter.So I used a smaller Hula Hoop and after I sprayed that white I placed it where the seat would go and to make sure it would fit. 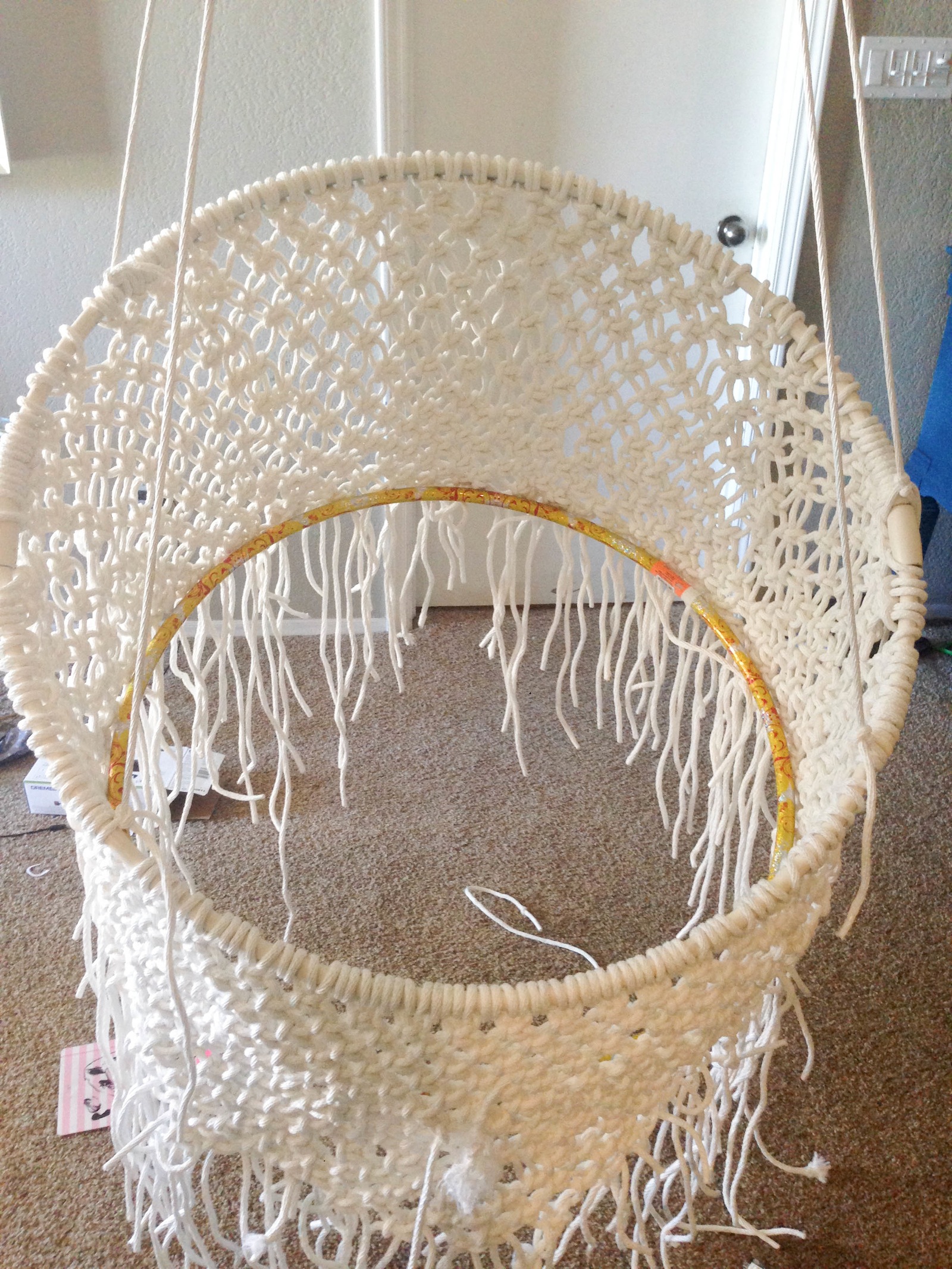 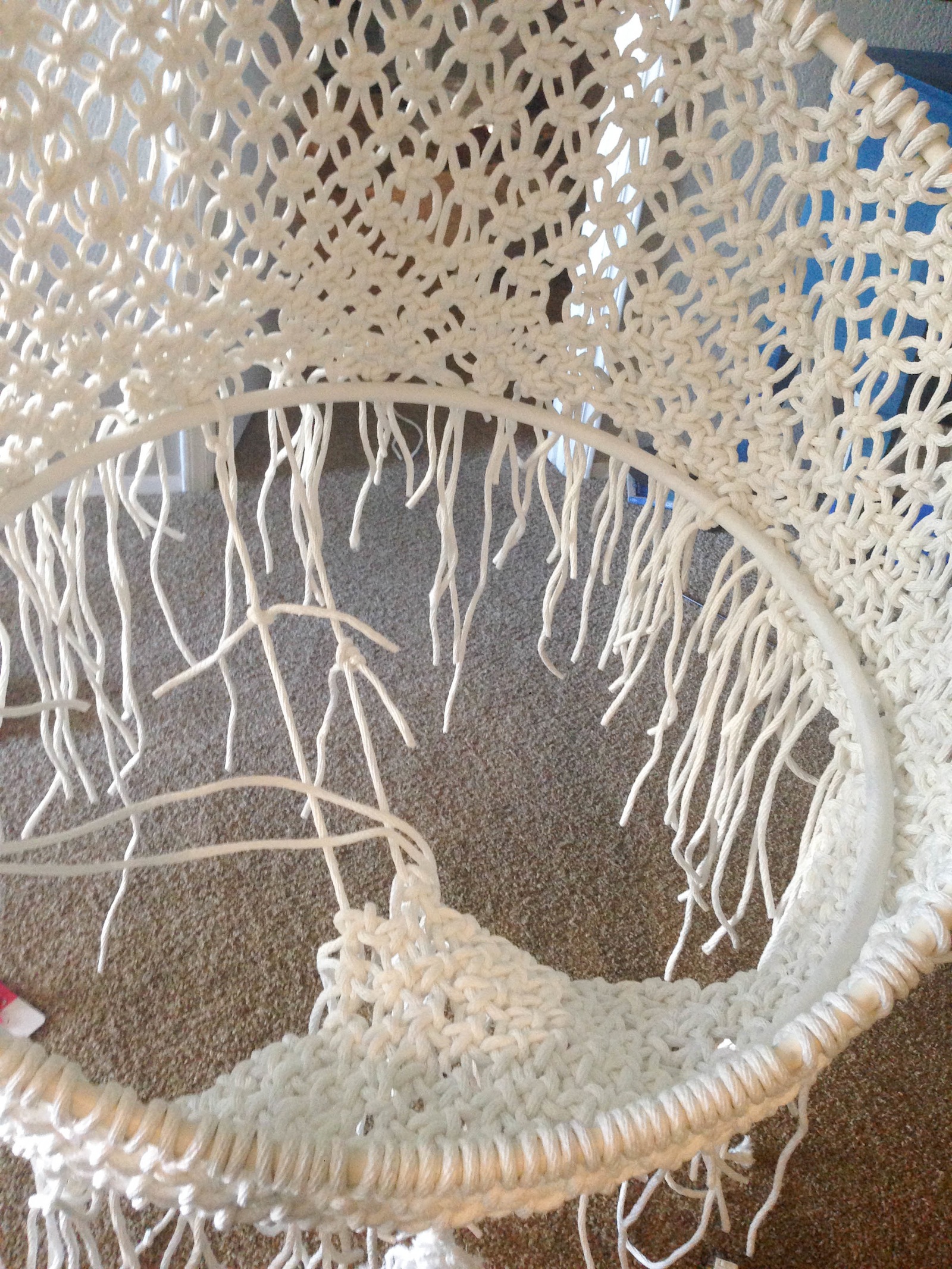 After I made sure the hoop would fit I then took it out and did the seat as a totally separate piece. In order to do the seat I used a piece of Poster board and I Pinned the a piece of rope on to it. The only reason I did this was because I wanted to be able to make just a straight piece about the size of the seat to be able to then tie it on to the loop. The poster board helped. 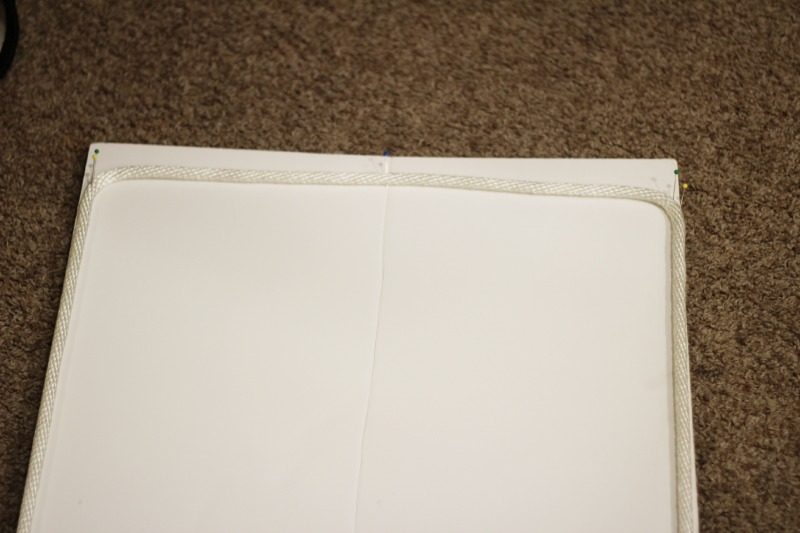 To do the seat I just used this rope on the poster board to help hold the shape I wanted. I still did the Alternating Square Knot. I tied the seat knots a bit more spaced out because I wanted to have a different look on the seat.  After I finished the seat I tied of the walls of the chair by doing a basic knot around the small hula hoop then I did another basic knot to tie the seat onto the hula hoop as well. 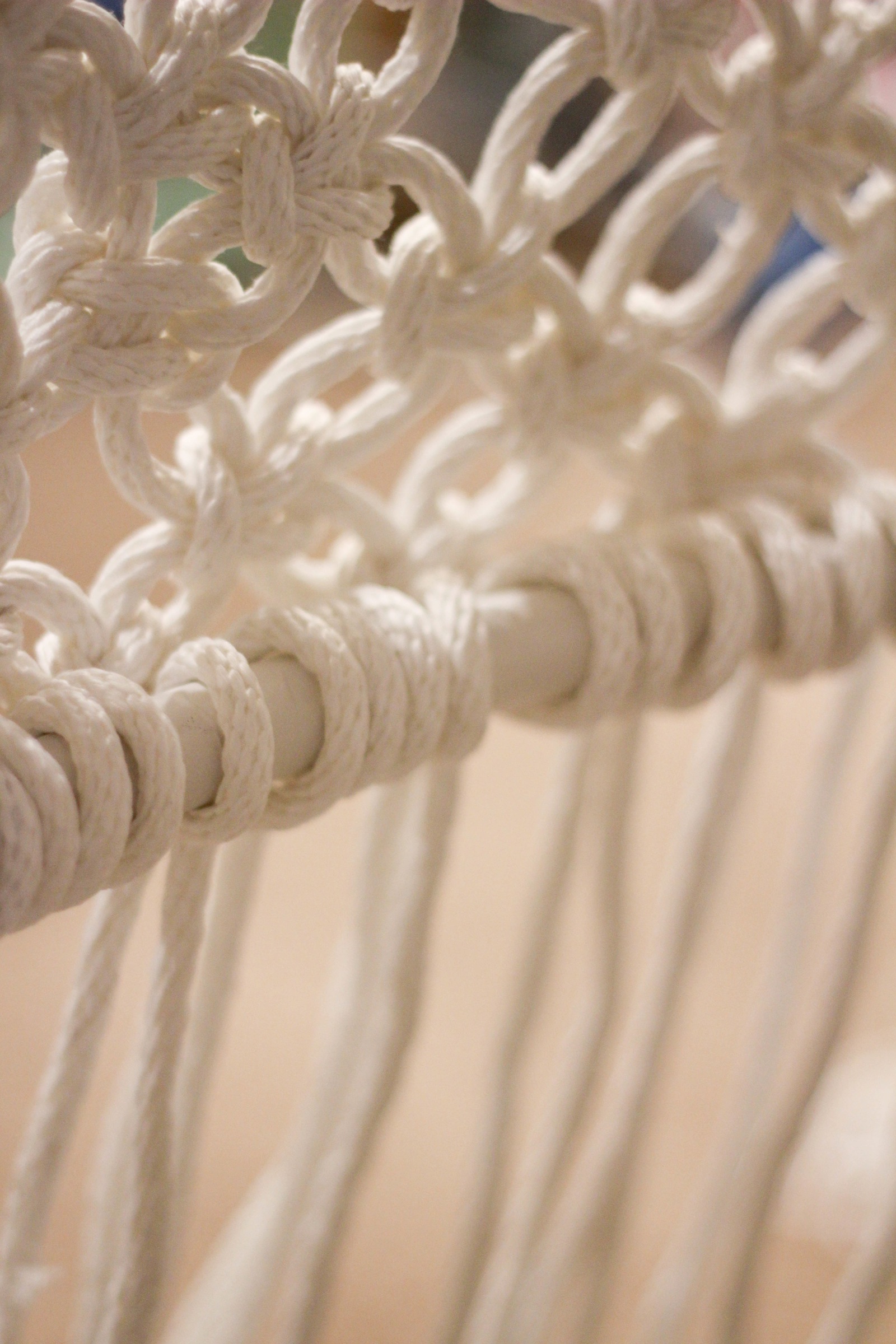 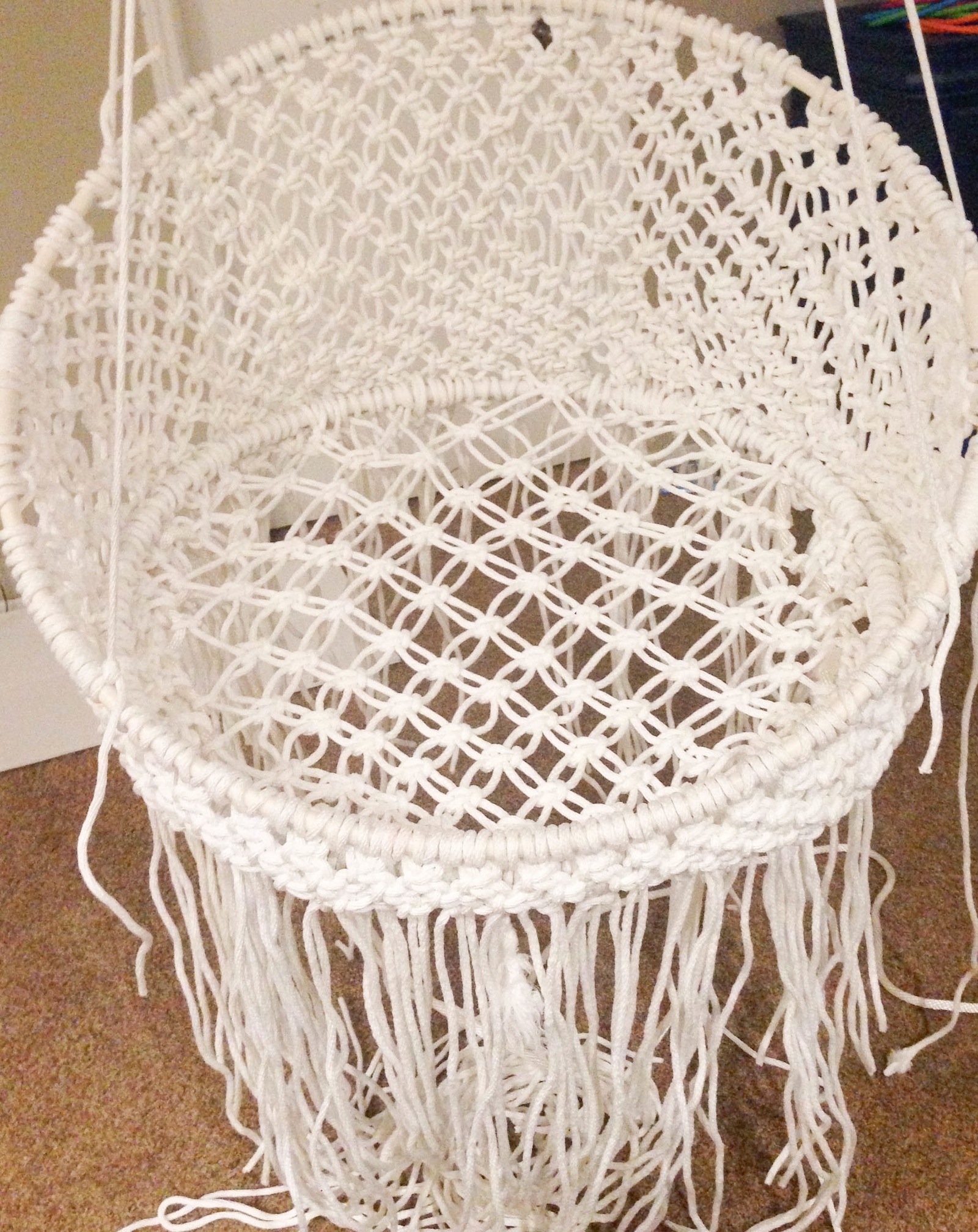 After the seat and walls were both tied to the hula hoop I then tied the tails from the walls and the tails for the seat together just so I could have a bit more support. The tails needed to be cut.  Just like when I cut the rope for the chair I had to tape off every piece before I cut it. 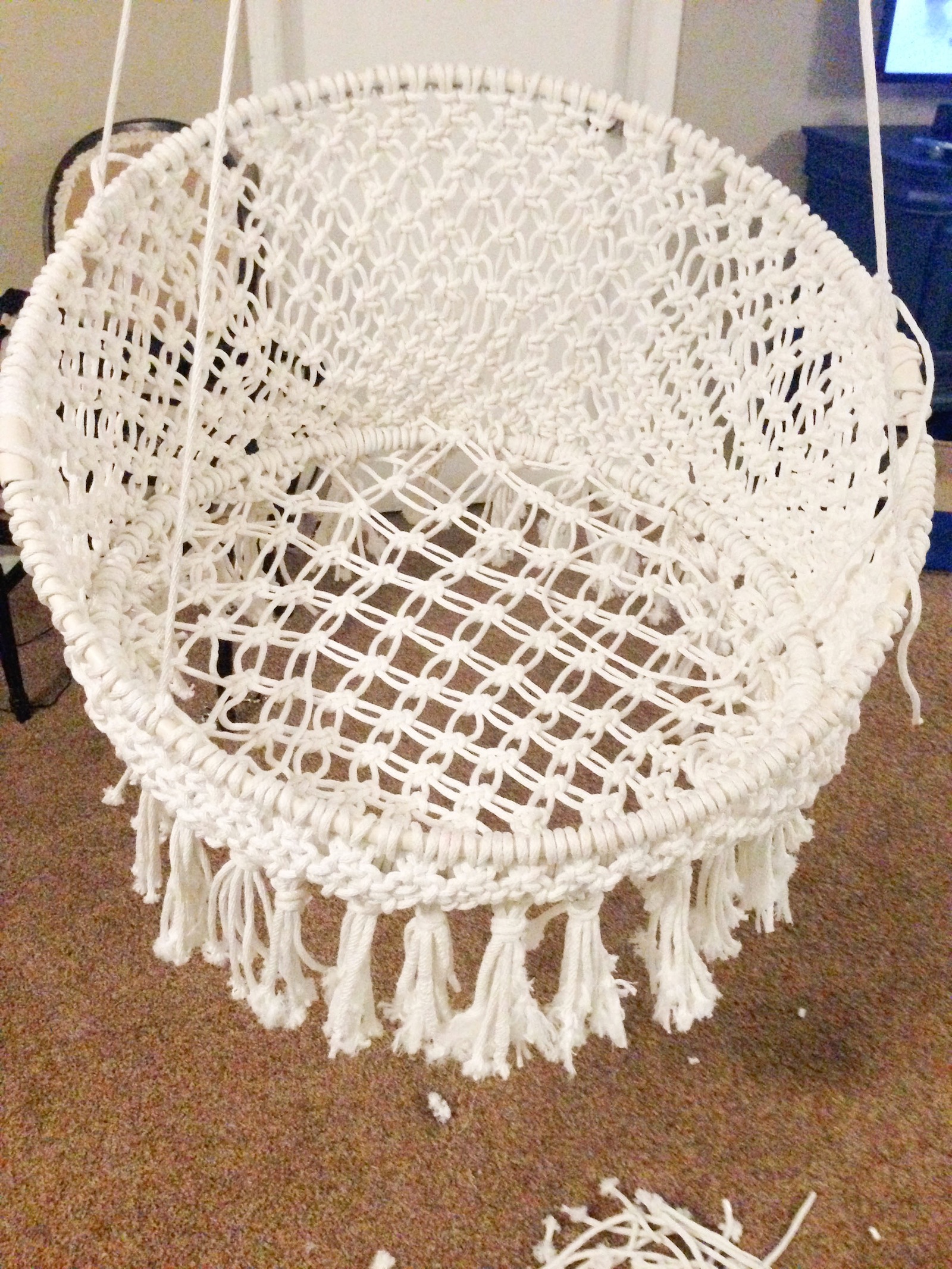 I just did a simple braid for the ropes that hold the chair up and I using a few piece of wood I had around my house I cut 4 pieces of the same length and drilled holes where the rope would go. The hardest part was making it level and tying around the wood evenly. 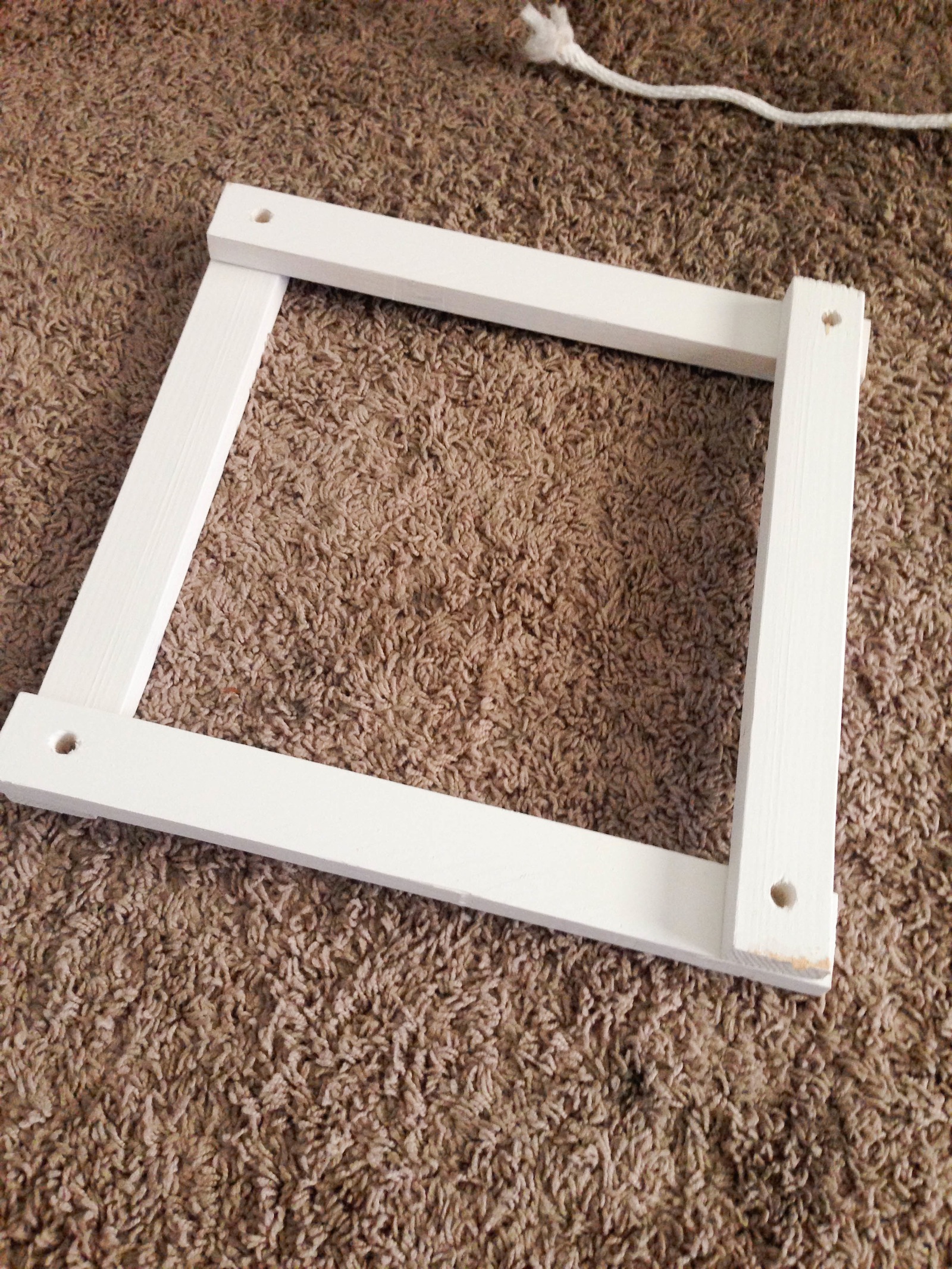 This chair is a lot of work. But I will say it’s not that hard and it can be enjoyable. It just takes time. Hopefully you will learn from my mistakes. It looks hard but once you start knotting it’s easier then it seems. Before I started this project I watch different videos and I looked at many different tutorial but STOP reading all that stuff and just start knotting! It makes WAY WAY more sense once you start. 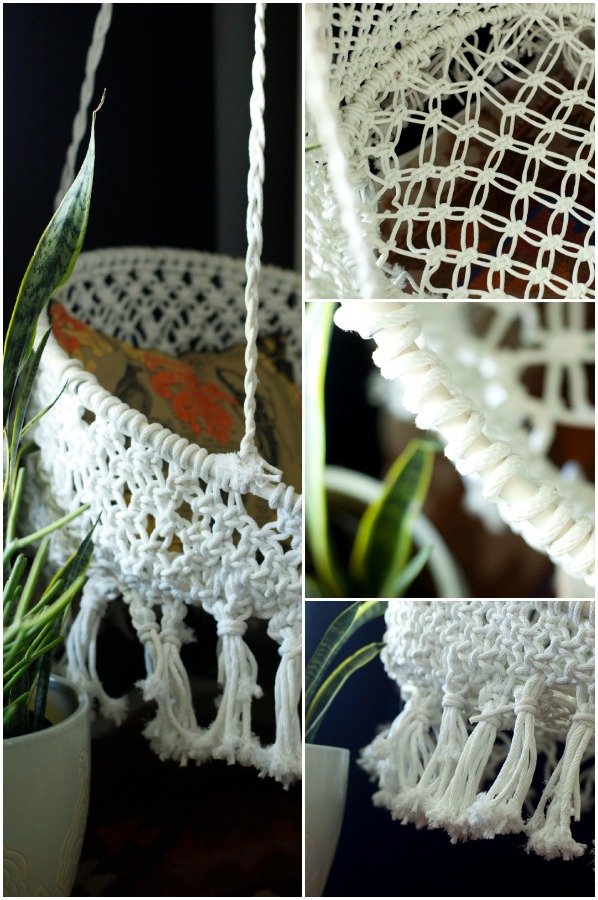 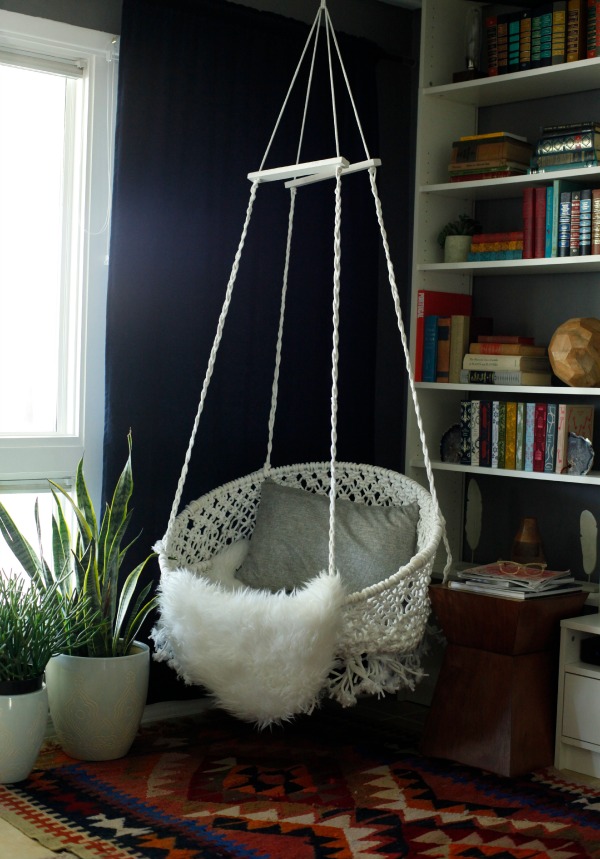 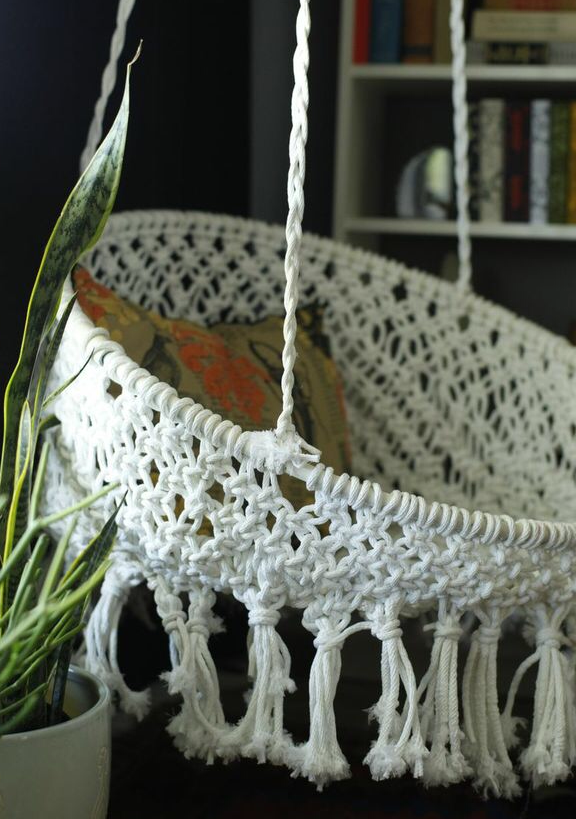 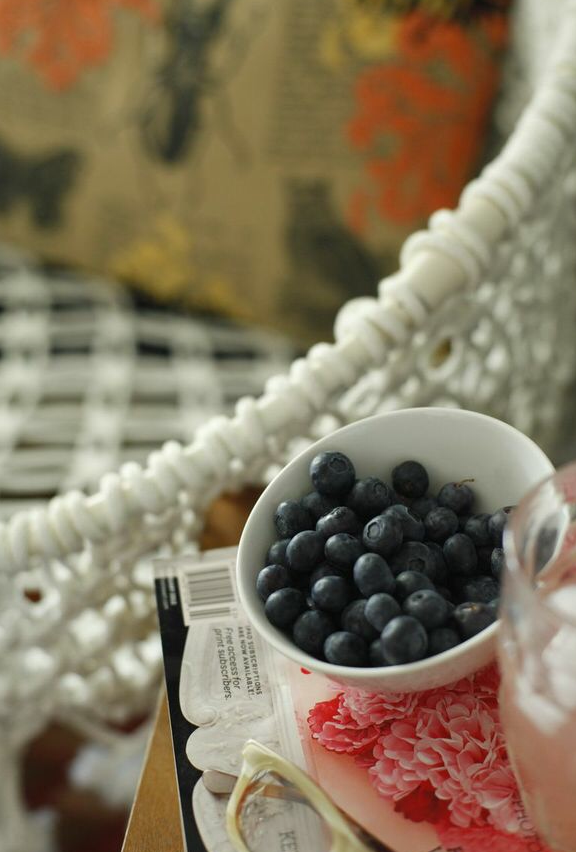 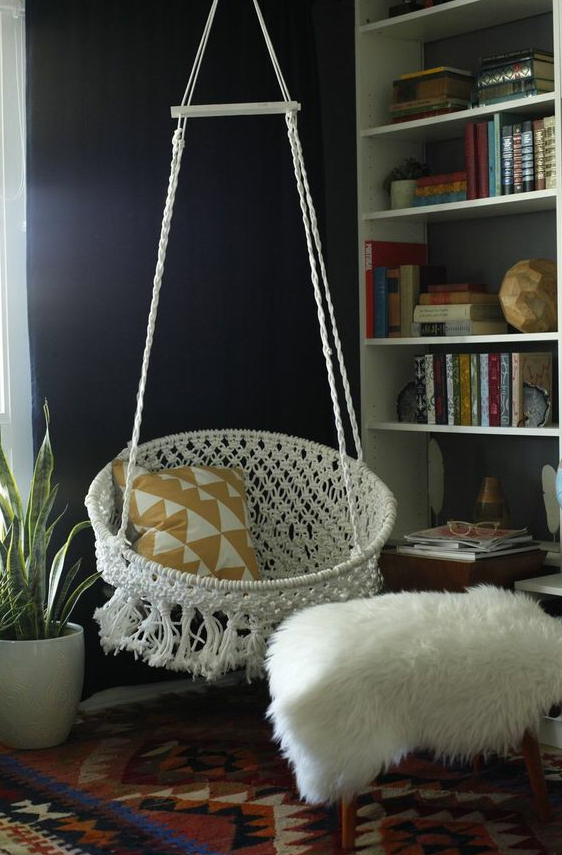 I do want you to know before you commit to this chair is that it took me about 40 something hours but that is with my different trial and errors. Please email me if you have an questions! I had soooo many during this project, don’t be afraid to ask.

If you love the Macrame look but don’t want to do this chair, check out the cute planters that Mallory made while we worked on the last and final round of Creating with the Stars. 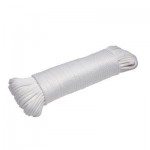 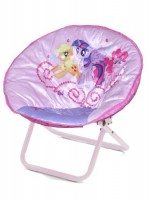 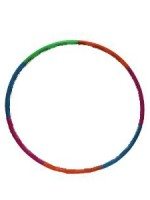 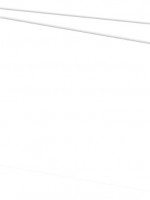 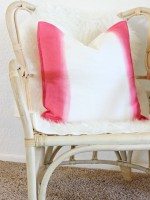 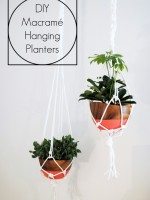 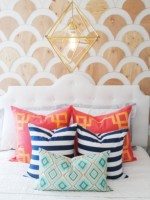