We’re SO pumped to share the new Silhouette Curio machine and Black Friday Deals with you guys today! We made these adorable Gold Engraved Metal Placecards for Thanksgiving and they were a huge hit at Thanksgiving dinner! 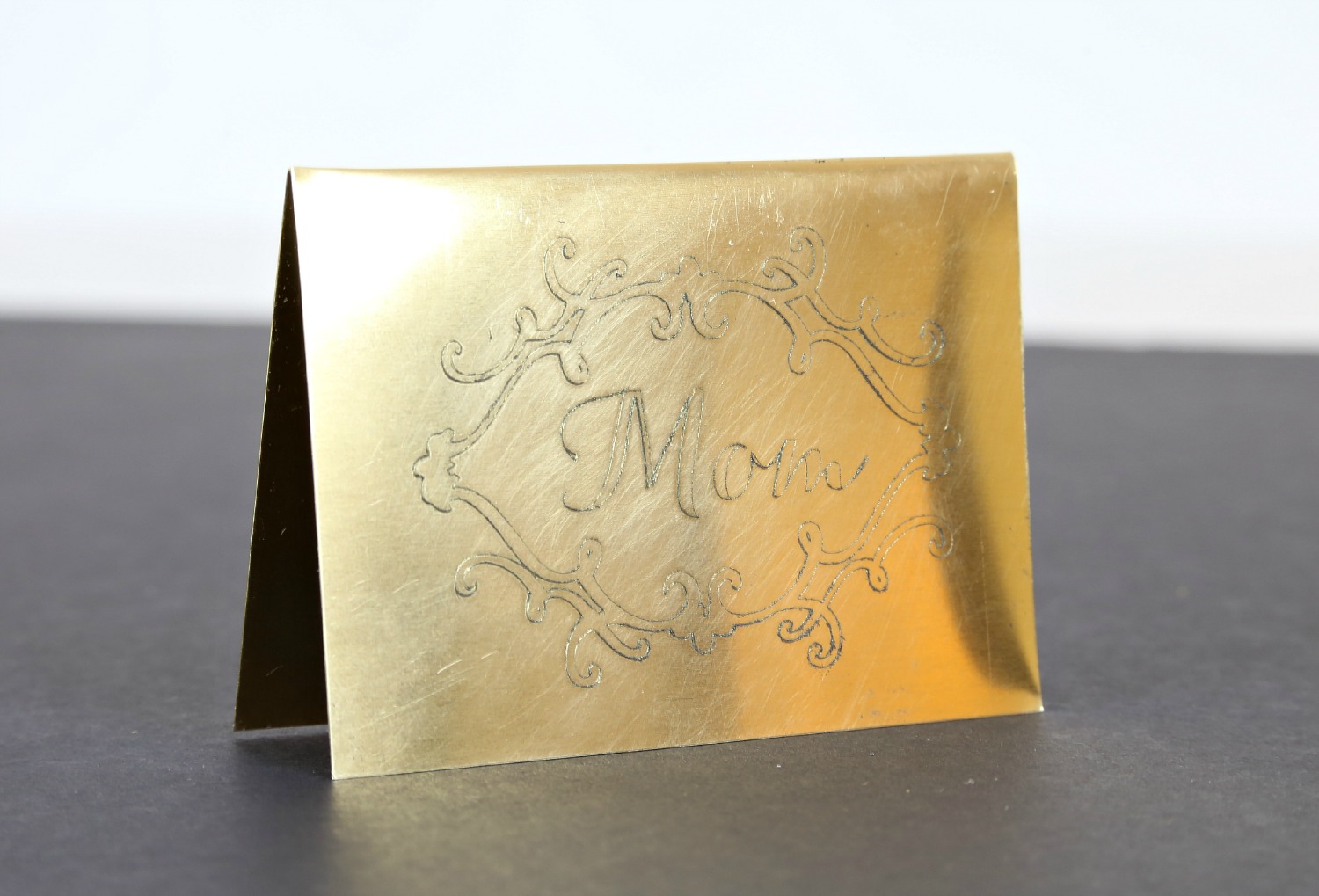 We used the NEW Silhouette Curio to engrave the metal and it was so easy and they turned out gorgeous!

We used these thin sheets of metal from the hardware store and cut them in half to 4″ x 5″. This was big enough to cut two at a time. 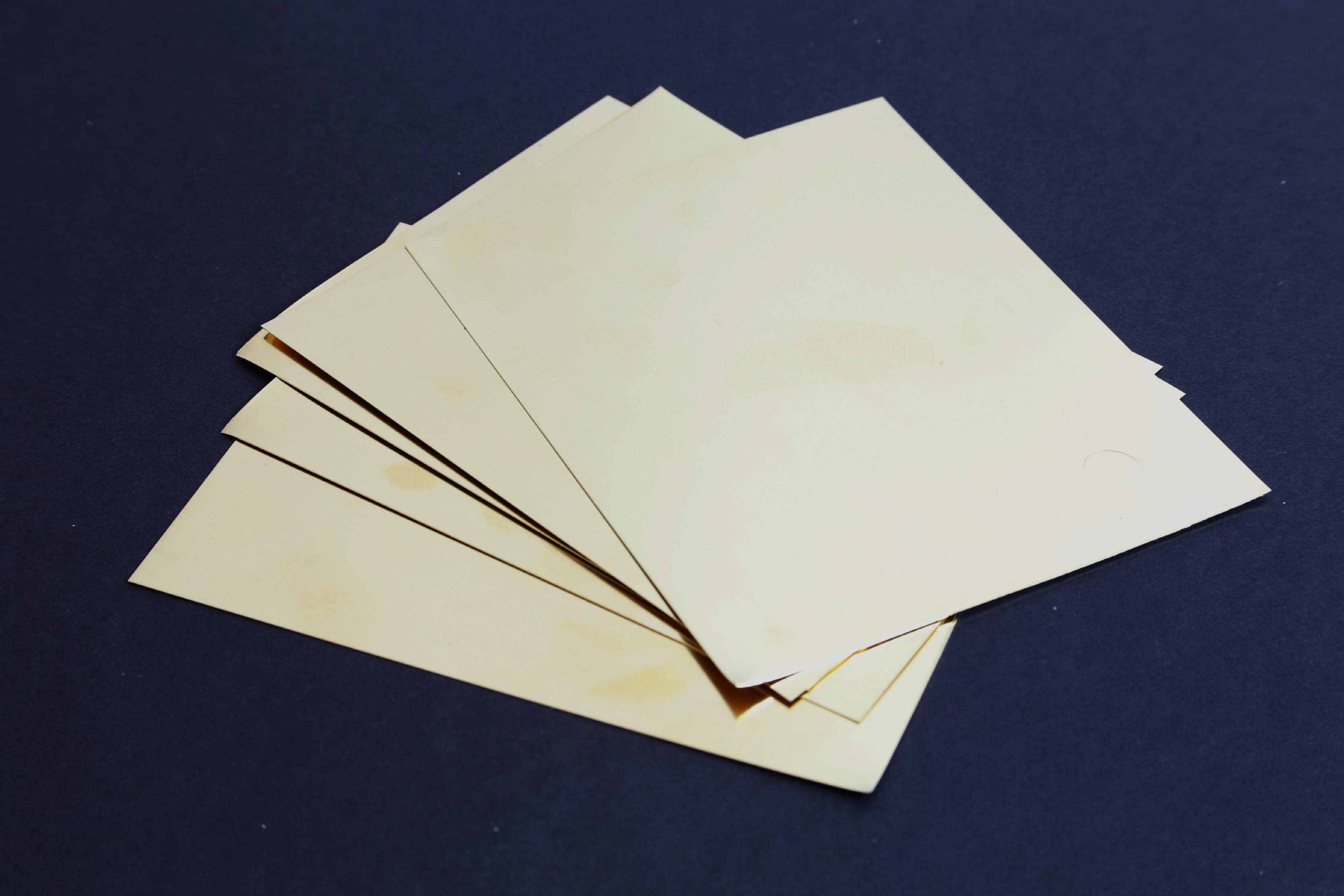 We used two of the platforms on the base then the embossing mat on top of that. Clip them into place with the side clips.

Place the metal sheets on your embossing mat and loaded it into the Curio. 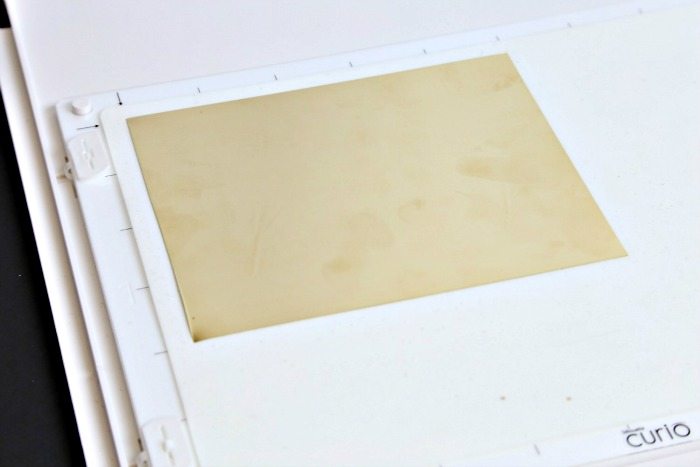 Settings: We selected the Metal Engraving Sheets for the Media and used speed of 3 and depth of 33. We used the regular cutting blade at 10 to get a deep cut. 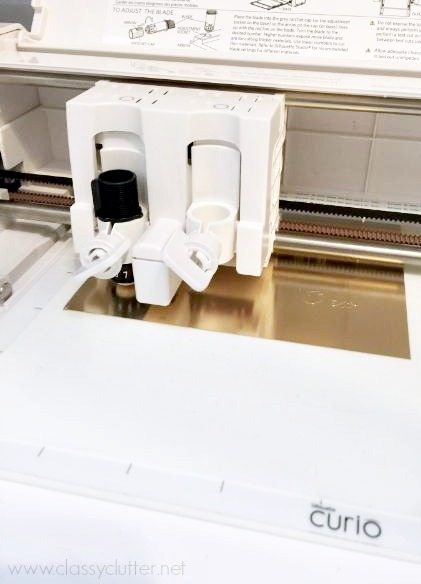 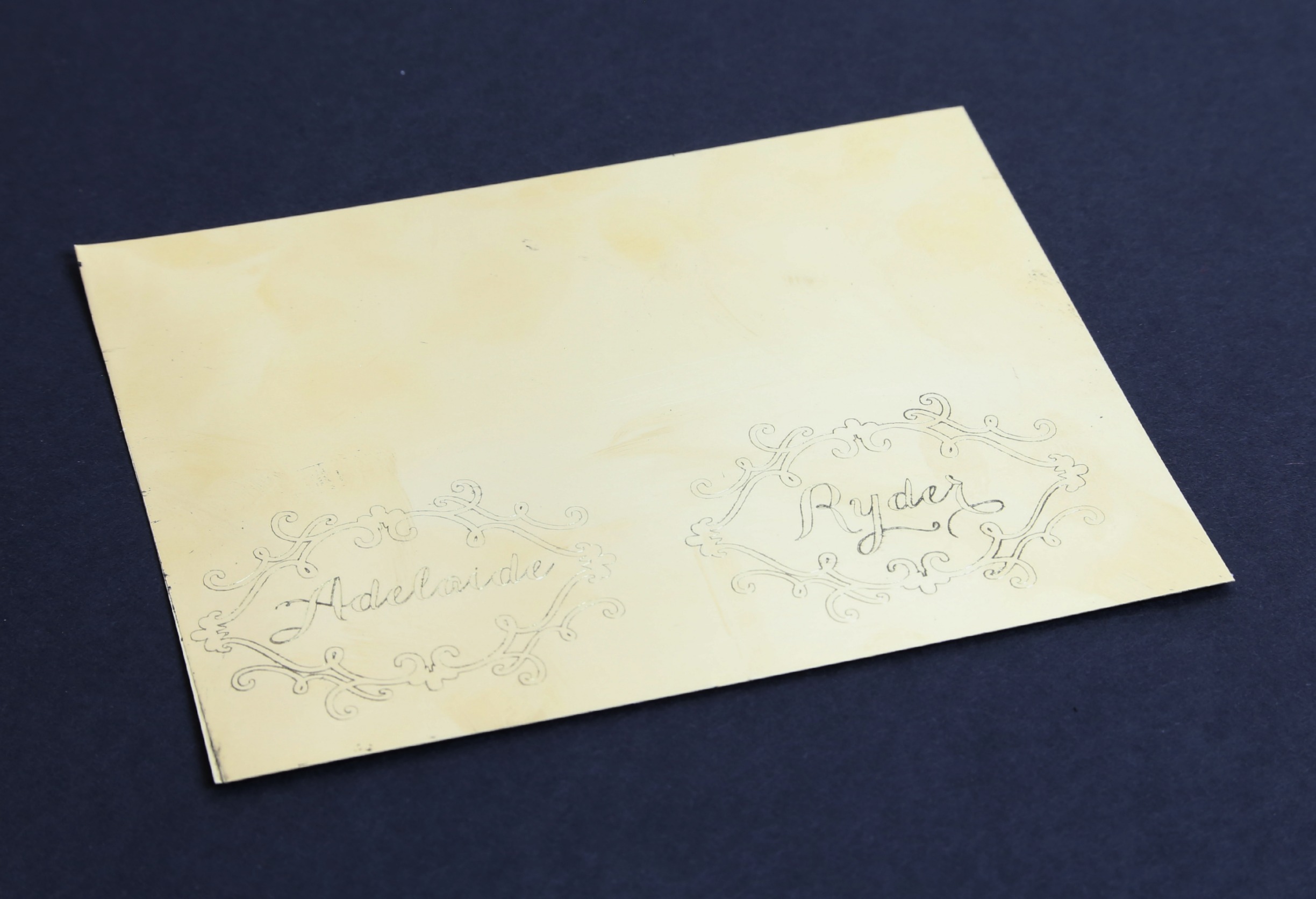 Once it finished engraving, we cut it in half with scissors and then used used a rotary paper trimmer to score the center where we wanted the fold. We folded the metal and stood it up and it was perfect! We wanted the engraving to stand out a little more so we used black acrylic paint and rubbed it on the engraved design and name then wiped off the excess with a moist paper towel. 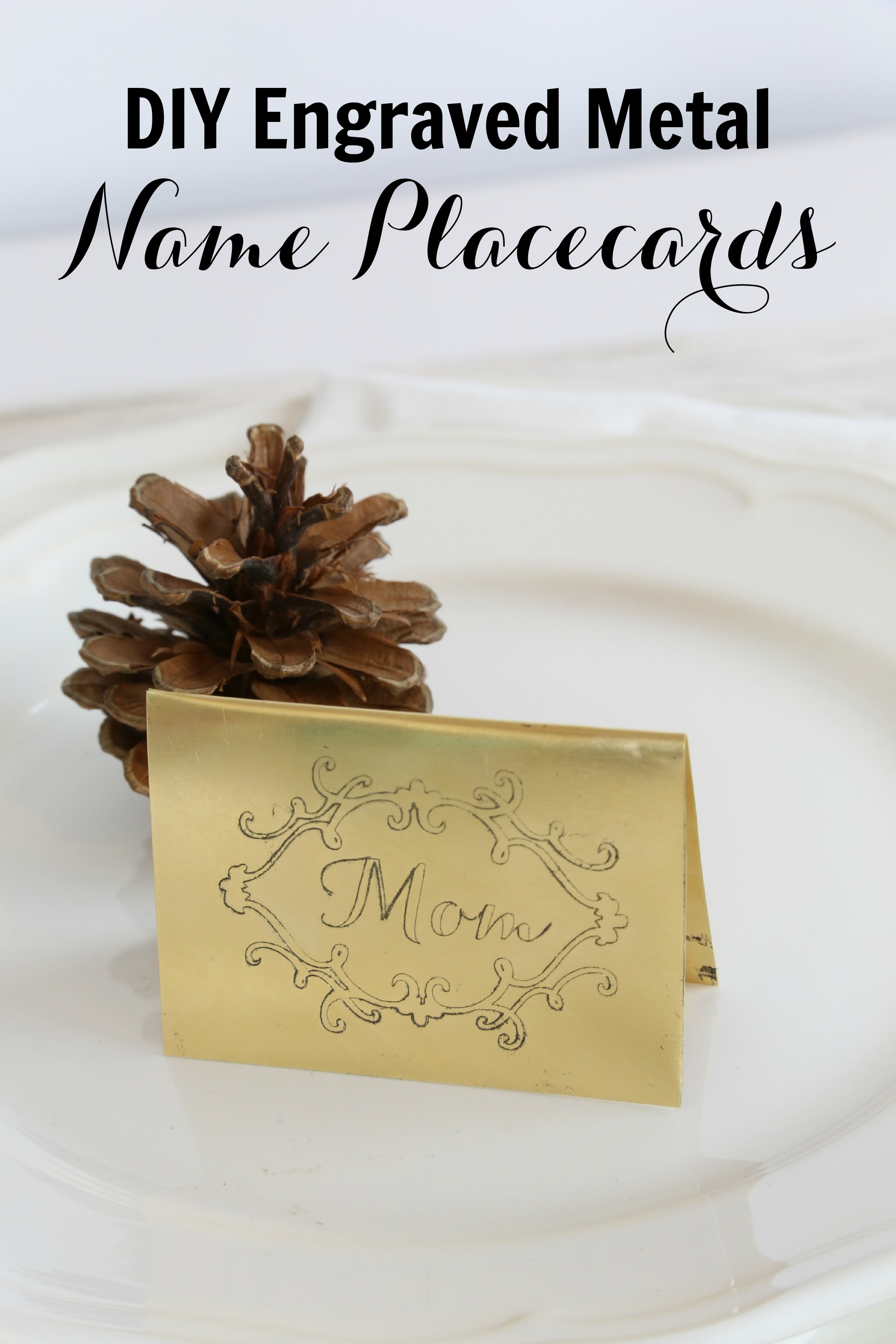 That’s it! It was so easy and we did 21 engraved placecards in about 2 hours and they’ll last a lifetime! Now for the SALES!!!! 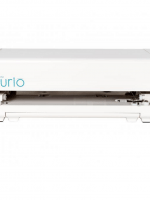 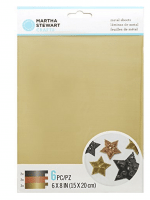 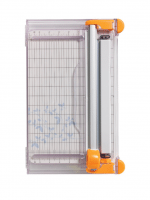 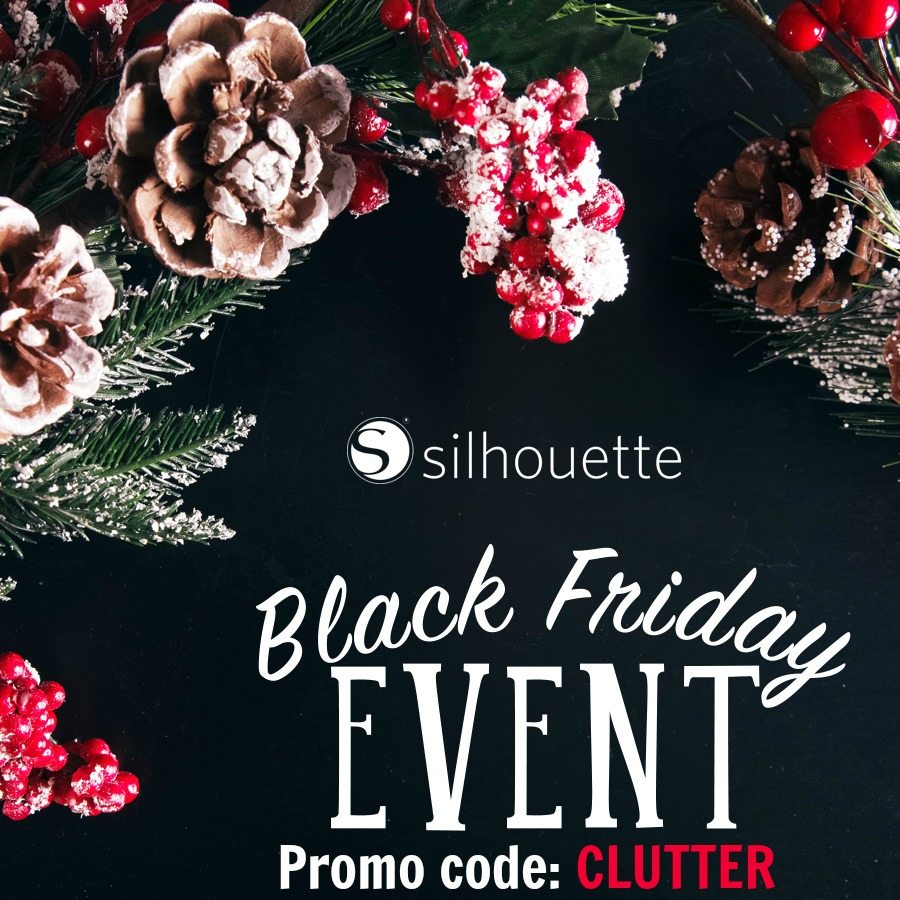 Use code CLUTTER at checkout!

Don’t forget to use the code CLUTTER for these deals!