An Invitation NO ONE could say no to!

I wanted to plan an over the top couple Valentine’s Day Party for a few of our closest friends. I knew that in order for people to get excited about the party I needed to have an over the top party invite. It would be all about the delivery of the invitation. A friend of mine designed the invite and I was sooo excited about.
I used the Silhouette to cut the scalloped edged. 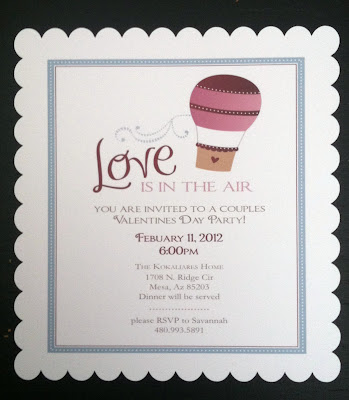 But I did not stop there…
Like I said before, I wanted the invite to be over the top! I saw a cute invite on http://ohhappyday.com/ but the problem was the girl said the balloon she used would not hold the helium, which meant the balloon would not float. So what I did is ordered these super cute heart shaped balloons.
Since the theme of the party was “Love is in the Air”, I knew helium would have to play a part in the invitation.
First, I inflated the balloon with helium, then I tied the balloon with cute bakers twine. I set the invite in the bottom of the box, which were paper cake boxes that I got from a friend that got them at The Restaurant Depot. I put the balloon inside then tied the box with bakers twine added a personal tag and hand delivered each box.
Much to the guest surprise a balloon floated out of the box when they opened it and inside rested the party invitation. 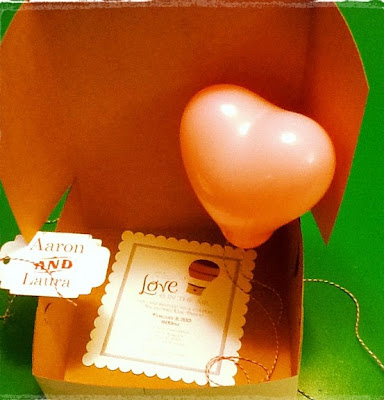 LOVED  IT!!!!!
I did have to deliver the boxes soon after I inflated the balloon, which was a pain but it was soooo worth it!
*Side note*  This is how I was going to send the invite but the cute crinkle paper inside would get caught on the balloon and it would prevent the balloon from floating up…. so I got rid of the crinkle paper and just set the invitation inside by its self. 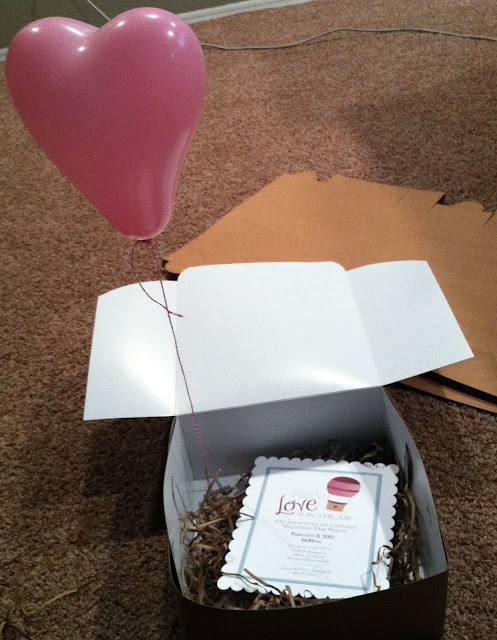 I really do believe that a great/fun invitation sets the mood for a party!
So could you say no to party with an invitation like that?