I have a MILLON of Frames collecting in my extra home decor items in the box in the garage and I was wanting to do something in my babies room and not break the bank. I have seen the many different ways that the ABCs can be put into a room and I was wanting to add the ABCs in the playroom but my mom had a great idea…add them into my babies room and
use stuff I already have.  I did just that!

I sprayed all the frames white and found all different sizes of letters. Some I added glitter too and a few I added scrapbook paper too and used Mod Podge and a knife to cut out each letter. A few letters my mom got for me at the scrapbook store. The letters that I did not have chipboard letters for Mallory used the Silhouette Machine and cut out them out of vinyl and I just added them right to the wall. Then laid out the plan to cover the wall with the ABCs. 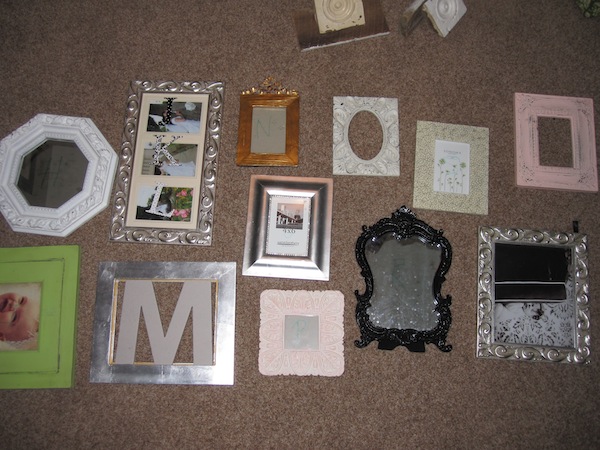 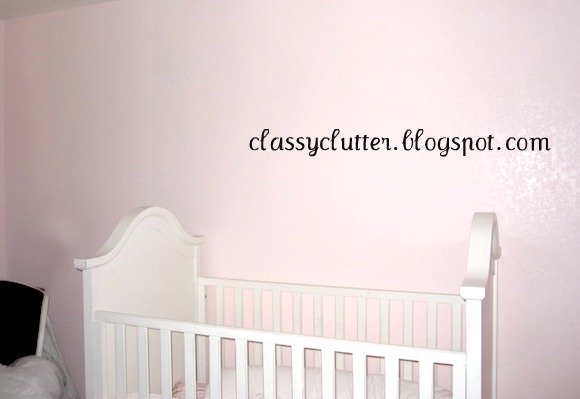 I laid out the frames on a piece of butcher paper and then traced around each letter and wrote the letter inside of each frame so I would not get lost on what goes where. After I taped up the paper my hubby and I nailed a nail through the paper then I very carefully pulled the paper down and what was left was a nail where each frame going to go.  Then I hung up each frame!!! 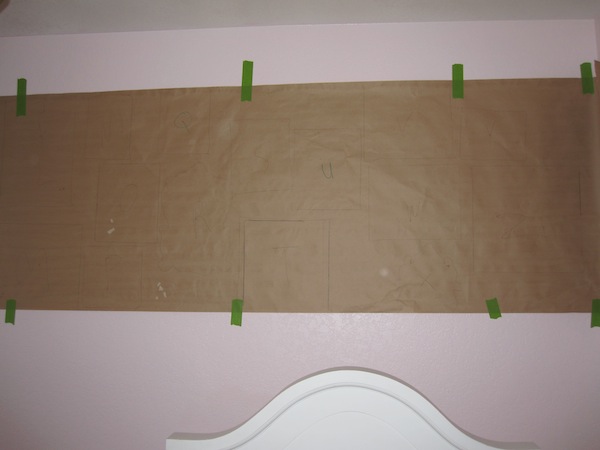 Here is how it turned out!! I can not tell you how much I love it!
As you can see there are a few mirrors in there,  it added some great character! 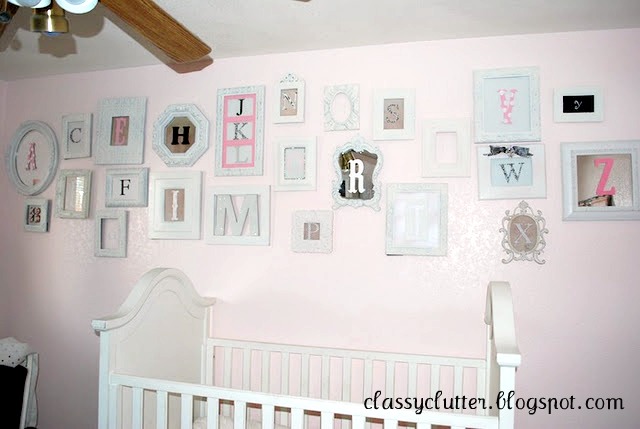 Here are a few close ups… 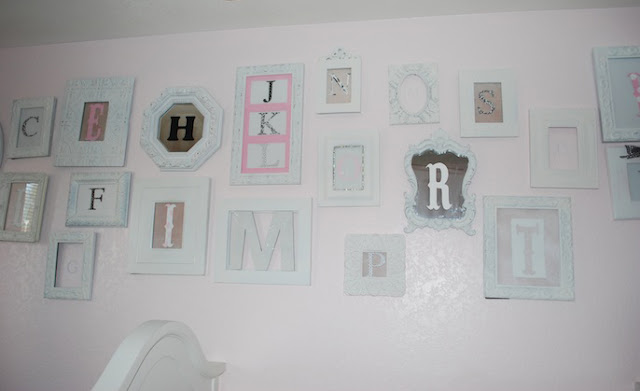 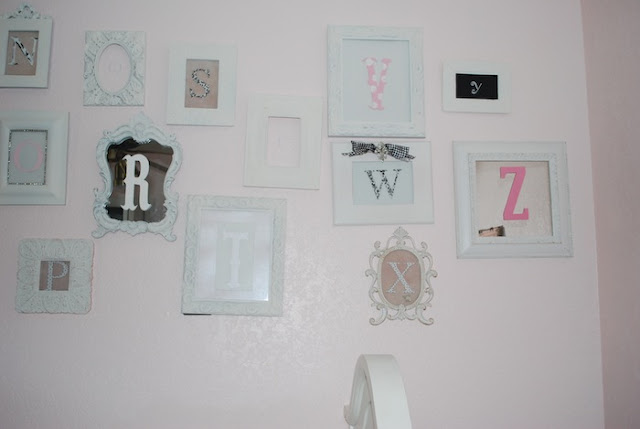 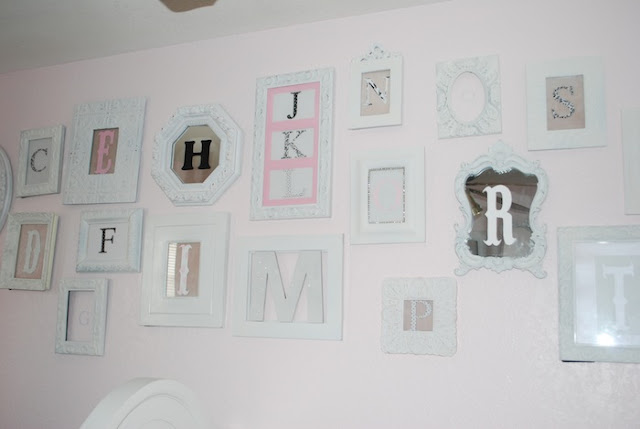 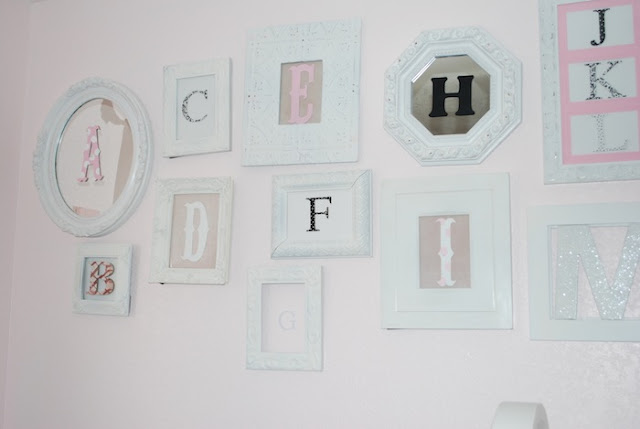 Here is one more AFTER shot! 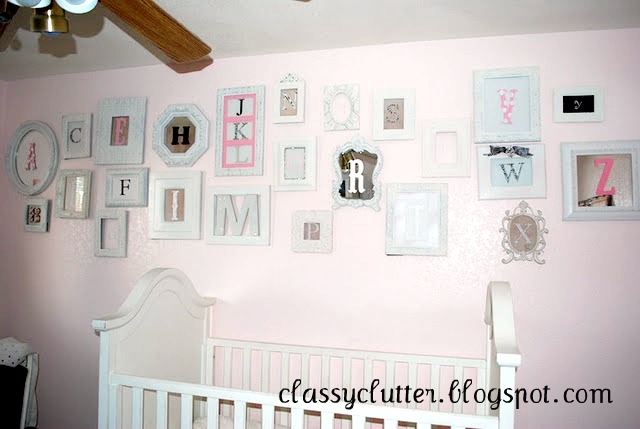 I will be showing off her whole room after a few more projects are done!
(I know, I know Mallory, that brown fan needs to go!)

Have a great weekend!