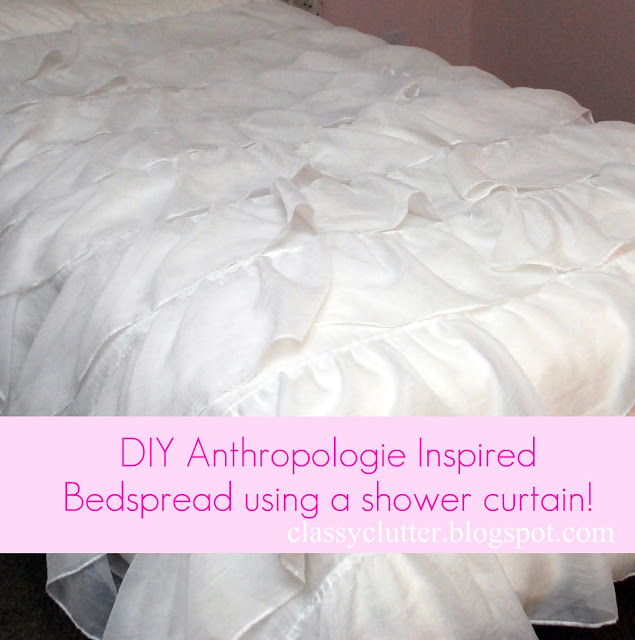 This is one of the easiest projects I have done in a
VERY, VERY long time!
When I was giving my girls a bath I was looking at the
shower curtain and I realized that it would
be perfect for Millie’s bedspread!
Then, I had a GREAT idea!
I can sew the shower curtain onto a down comforter.
So that is just what I did!
It took about an hour or so total and only cost me $40!
Here is what I did…
First, I started with this comforter from Ikea which is $19.99. 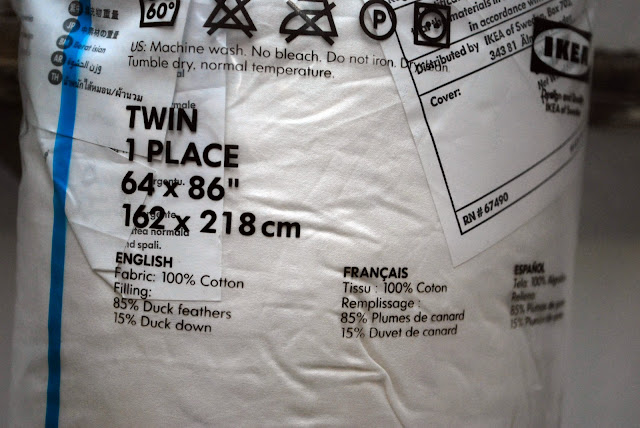 And this shower curtain, which is $19.99!
If you notice the shower curtain is 100% polyester, which means that it is very soft. Perfect for a bedspread! 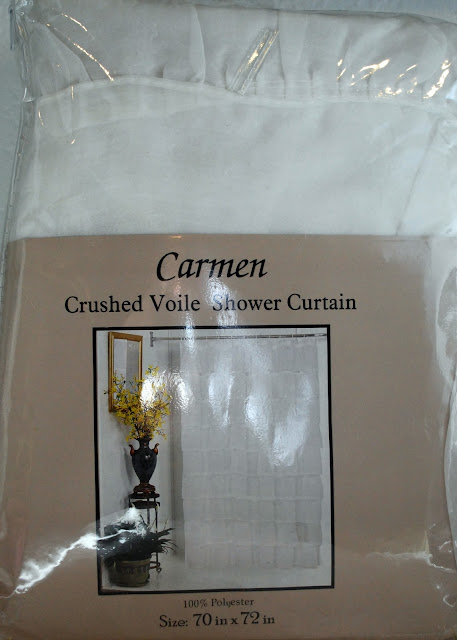 The shower curtain is shorter then the twin size comforter but I knew I would be adding big pillows on her bed so the top of the comforter did not need the ruffles.
I lined one side of the curtain to the edge of the comforter and starting pinning, once that side was pinned I pinned the bottom. 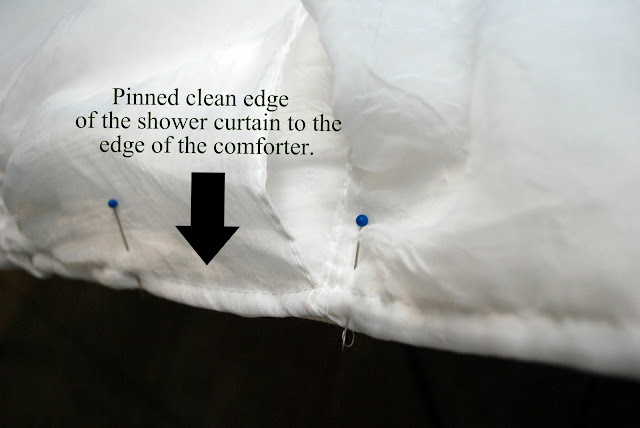 Then, I wrapped the extra part of the curtain
under the other side of the comforter. 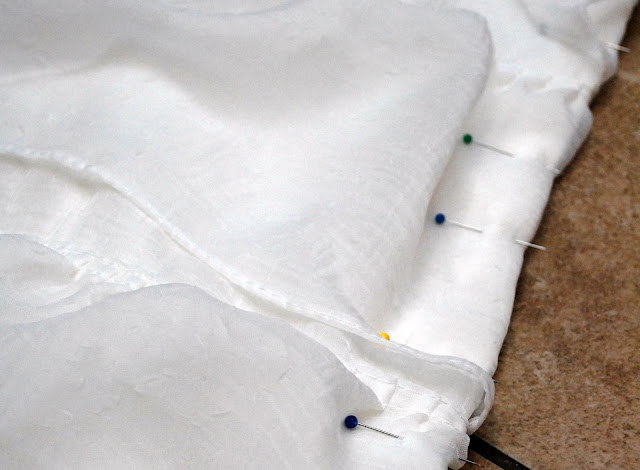 I sewed all four edges, then I cut the extra bit of curtain that was left over. 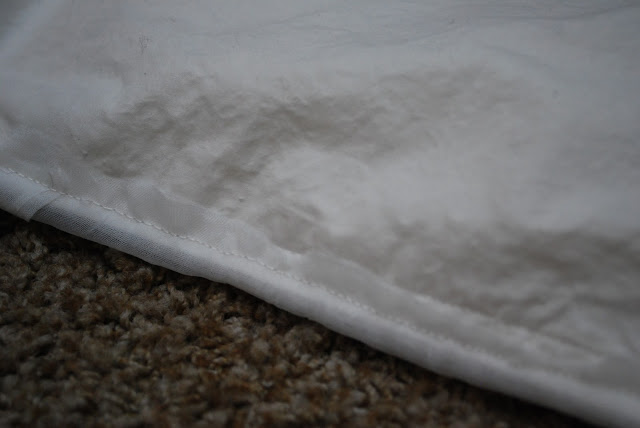 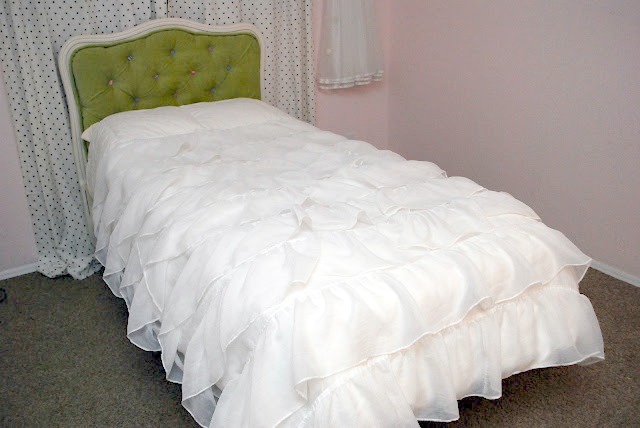 FINISHED!!!!
It turned out so much better then I thought it would!
Although, today I realized that it is very hard to take a great picture of a bedspread. Being in a little room did not help, but you get the idea!
I am beyond excited how great it looks!
What do you think? Is this great or what?!
Can you imagine the possibilities!!!